Breast surgery is an operation that alters the appearance of a woman’s or a man’s breasts. These procedures are carried out for several purposes. Many people prefer to undergo Breast surgery in Mumbai due to the infrastructure and specialized surgeons available.

Some procedures are performed for aesthetic purposes, such as enlarging the breast to give a more youthful appearance, debulking enlarged breasts in males, lifting up sagging breasts after childbirth, and to correct underdeveloped breasts.

Some procedures like breast reduction are performed for both physical problems associated with them as well as aesthetic issues. The large size of the breasts causes severe neck, shoulder, and back pain, fungal infections, and interferes with physical exercises. apart from being a constant source of embarrassment for a woman.

Some surgeries are done to reconstruct breasts after their partial or total removal like for cancer. Reconstruction of breasts is also required when their growth may get restricted due to some injury in the chest area or burns in that area compromising their development.

Breast reduction surgery, also known as reduction mammoplasty, is often used in women who have big, heavy breasts and are experiencing severe discomfort due to the weight of the breasts, such as neck pain, back pain, shoulder pain, and/or fatigue. A very practical problem they face is that they are unable to get a large size brassier due to which they decide to undergo breast surgery in Mumbai.

Essentially this surgery aims at removing excess breast tissue, reducing the size of enlarged areolae, making the breasts and areolae symmetrically smaller, and redraping the skin to the reduced size. Breast reduction surgery is a highly rewarding surgery for the patient because it improves their self-esteem and confidence as well as very gratifying for the surgeon.

It is a developmental condition where the breasts are more constricted in shape than round.

The underdeveloped breasts lack volume and are unsightly in shape and warrant a surgical correction to unfurl the tissues.

This surgery is done to increase the size of the breast and to add more fullness to them. It can be done in two ways:

Size of the implant is preselected by using sizers that the patient can try on to perceive the final result.

Fat is removed from the patient’s thigh or abdomen using a liposuction procedure. The solid fat is filtered and converted into liquid nano fat which can be injected easily.

Breast reconstruction surgery is for women who are due to or have undergone a complete breast removal/mastectomy or lumpectomy/ removal of the lump for breast cancer treatment. Such Breast Surgery in Mumbai is possible due to advance technology and infrastructure.

In this procedure, tissues from elsewhere in the body along with its supplying blood vessel is transferred to the chest wall and shaped to form a breast and the blood supply to this newly transferred tissue is restored by doing anastomosis of the blood vessels with vessels in the chest. Tissue or flap can be taken from the lower abdomen, thighs, and upper back.

This is preferably done in the same stage as tumor removal surgery so once the patient wakes up, she finds her feminity restored. Nipple and areola are usually reconstructed once the adjuvant cancer treatment like radiation and chemotherapy are completed.

Silicone implants are used for reaonctruction with addition of muscle flap/ tissue taken from the back to cover the implants. This procedure is done for females where other sites of flap availability is a problem or patient has other co-morbities.

Oncoplastic Breast Surgery is a surgery where only a lump/ tumor is removed, and the rest of the breast is conserved, patient needs some form of plastic surgical procedure to restore the volume removed so as to maintain symmetry of the two breasts. This is done after the tumor is removed in the same stage. Several different methods can be employed to restore volume and symmetry depending on the location of the tumor and the existing breast volume. In small breasts, the additional tissue required to restore volume is often taken from the vicinity and scars are barely visible after 6-8 months. For such complex surgeries, patients prefer to undergo breast surgery in Mumbai

In the case of large breasts, breast reduction surgery itself is planned in such a way as to remove the tumor-containing breast tissue. This helps the patient get rid of tumors and excess breast tissue.

Gynecomastia is the term for the enlargement of breast tissue in a male. It is quite a common problem affecting boys during adolescence, or in middle age or later life (60 years and older). Gynecomastia may be running in families or may result from hormonal changes or drug side effects in men. It can affect one or both breasts.

Gynaecomastia developing during adolescence is self-limiting, however, if it does not resolve within two years or is associated with discomfort then it warrants surgery.

It is a daycare surgery involving removal of excess gland and or fat by liposuction and often a small excision.

Chest burns sustained in a female child can hamper breast development  at puberty if the breast bud is injured in due to burns or surrounded by dense scars.

Scald burns that are common in children per se do not cause deep burns to destroy the breast bud itself but the scarring that results can have a constricting effect on the development of the breasts.

Reconstruction is done here by releasing all scar bands around the breast and replacing it with healthy tissue taken from elsewhere so as to allow unfurling of the breasts as they start growing during puberty.

Nipples can be affected in burns or removed during cancer surgery.

Nipple reconstruction is done once cancer treatment is complete or once all burns are healed and scars have been dealt with.

Nipple is reconstructed with flap tissue placed to reconstruct the breast earlier. Small flaps are elevated at a predetermined site to form the new nipple and sutured to give an appealing  elevation . This is a day care surgery done under local amaesthesia.

In females and males, nipples maybe unusually large, being visible under regular clothes, hence warrant a surgical reduction to reduce their visibility.

Surgery for nipple reduction is done under local anaesthesia, debulking it in three dimensions and gives a long lasting result.

Is it possible to overcome gynecomastia without surgery?

Gynecomastia occurring during puberty may disappear in less than two years without treatment. If it does not show improvement or causes  discomfort, tenderness, or embarrassment, then patient may need surgical treatment.

Is it possible to breastfeed if you have tubular breasts?

Yes, you can breastfeed with tubular breasts. You may be able to produce enough breast milk for your child, depending on the amount of developed breast tissue and ducts are present.

Do fat transfers to the breasts work?

Fat transfer breast augmentation is a safer choice for some women than implant cosmetic surgery. Since liposuction entails harvesting fat cells from one’s own body, it is a perfectly natural  cosmetic surgery for people who don’t like the thought of getting anything artificial implanted into their bodies.

Q. Doctor I had a query, How to find out if I really need a breast augmentation?

Breast augmentation is a subjective desire. If a girl/woman feels her breasts are small then she can opt for an augmentation or implant surgery to increase the volume of her breasts. Hope this answer helps you! 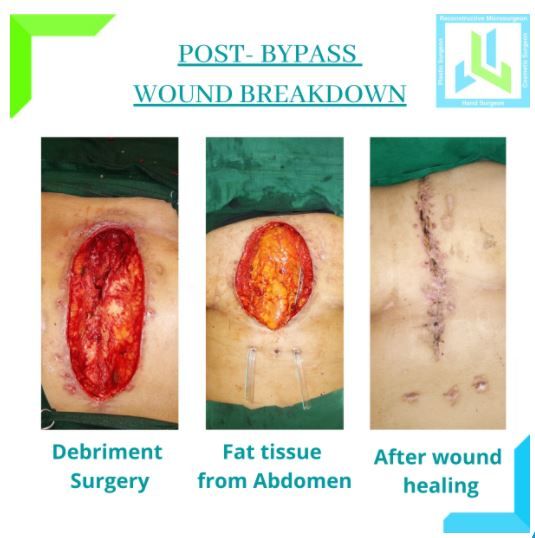 Rhinoplasty Surgery: The ideal solution to get rid of your nasal hump

Rhinoplasty is a cosmetic procedure performed to reshape and correct the contours of the nose as per the patient's face and expectations. Read on to view the full details.

What are Nerve Injuries?

Nerve injuries mean no signal to and from the brain can happen between the injured area, and hence the muscles do not function properly. Read on to view the full details.

The brachial plexus is a network of nerves that transmits sensory and movement signals to the hands and arms for the upper spinal cord located in the neck. Read on to view the full details.

Gynecomastia – All you need to know

A reduction in the level of the hormone testosterone in comparison to estrogen (female hormone) causes gynecomastia. The hormonal imbalance can occur due to a variety of factors, read on to view the full details.

You can think about breast reduction surgery if your breasts are larger and heavier than average and disproportionate to the rest of your body causing neck, back, shoulder pain other symptoms.

People Speak About Us

I had an accidental scar on my upper lip which got bulged after surgery due to hair follicles trapped in soft tissues. It used to look very ugly on my face and day by day it was growing. At first, I was sceptical about the revision of the scar by the plastic surgeon but when it started getting bigger, I had no choice than revision. I consulted many plastic surgeons in Mumbai's renowned hospitals but all doctors denied revision fearing my keloidal tendency. some gave steroids via injectables and silicone gel sheets for pressing the scar but nothing helped. In the series of consulting best doctors when I came across Dr Leena Jain, she gave me a different perspective of my case with her diagnosis. I was convinced by her suggestions. She got my scar scanned by a radiologist and suggested an 80% revision based on my scar position. She did an hour-long surgery and after 15 days my bulky scar was flat, smooth, stitch-free, infection-free. I felt almost my natural without bulging my upper lip again. Dr Leena's good diagnosis, cosmetic surgery expertise, precise and practical approach made my surgery successful. Thank you, Doctor.

I have gone through Breast Reduction surgery recently at Dr Leena Jains clinic Vasudhan Borivali West. The surgery is successful and she had boosted my confidence during each and every appointment before and after surgery. She had enhanced my personality and morals.

I have gone through Breast Reduction surgery recently at Dr Leena Jains clinic Vasudhan Borivali West. Surgery is successful and she had boosted my confidence during each and every appointment before and after surgery. She had enhanced my personality and moral.

My Dad's diabetic hand infection plastic surgery was performed by Dr. Leena Jain in August 2018. Surgery was success owing to her knowledge, patience and dedication. A patient’s testimonial is less of a recognition of a doctor’s professional expertise and more of a recommendation of a doctor’s ability to listen, care and heal. I can vouch for the fact that Dr. Leena's abilities are unmatched. Thanks doctor.